I’ve had their Abt 12 quadruppel a lot recently, which is one of my favorite Belgian abbey ales, and recently tried their Christmas ale.

I don’t think I’ve had this one before. 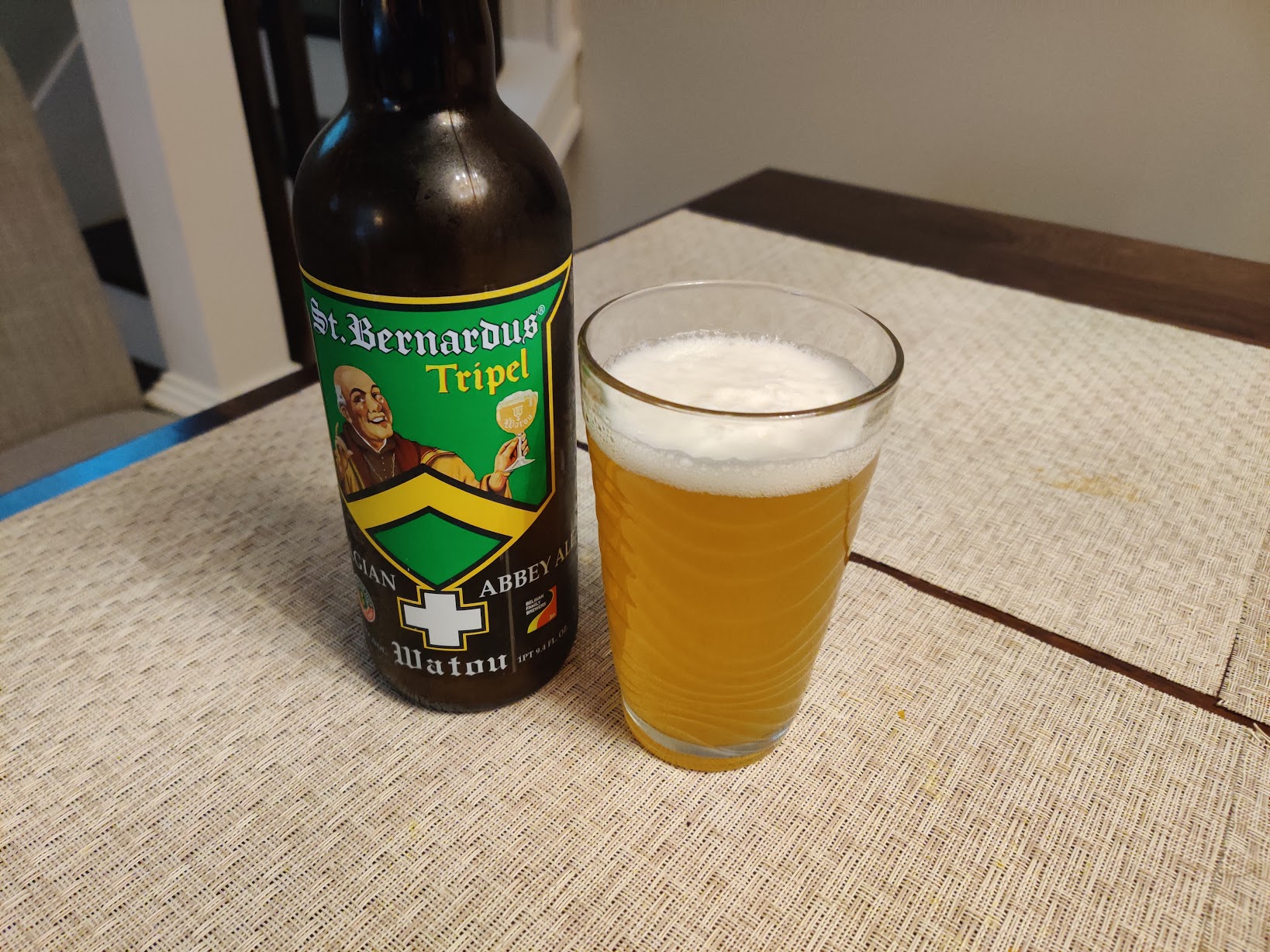 Big frothy head. This beer has to be poured carefully to avoid a glass full of bubbles. Thick and foamy.

Cloudy natural apple cider. Too cloudy and dark for urine.

This is an apple juice beer, not a urine beer.

Classic Belgian tripel taste. Sour and sweet and a little bitter, but not overly sour like a lambic.

Crisp and drinkable, but complex and challenging.

This is hard for me to describe in terms of non-beer flavors. It tastes like a Belgian tripel.

I believe the flavor is most strongly expressed by the yeast, not the malt or hops.

I am kind of tired of Belgian abbey ales though, have had too many of them recently.