Excited for this because I love both stouts and Belgian strong ales, and Belgium is not known for its stouts. 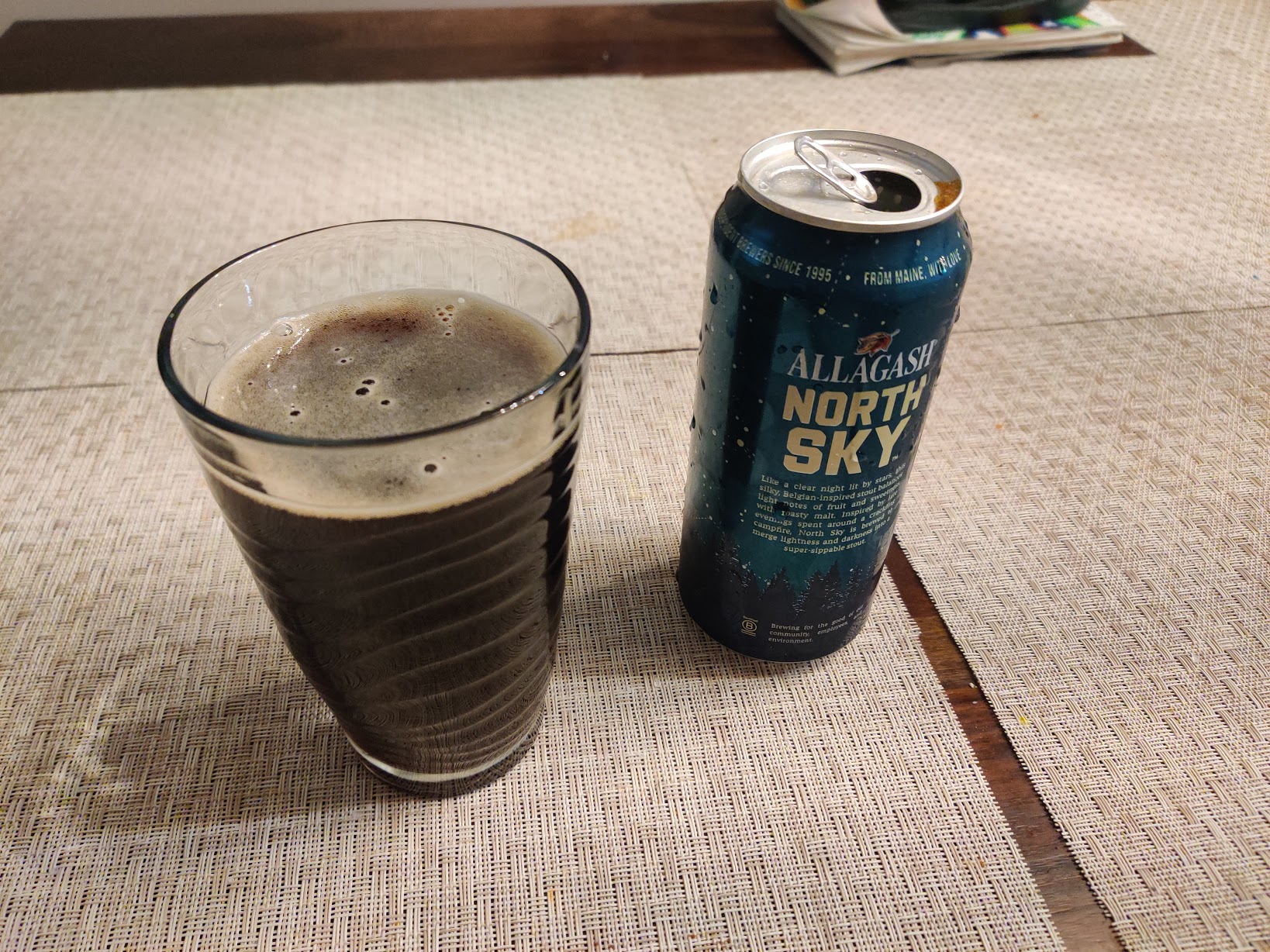 Minimal head that fades fast. I expect this to not be heavily carbonated, typical of stouts.

Head is white, not the delicious brown of some stouts.

Surprisingly light smell. Not sure if I can smell anything at all.

But only the faintest of other flavors. I’m tipping it so hard toward my nose that I’m afraid I’m going to inhale beer again.

No enticement here at all.

Nondistinct. Not a stout. Not a strong Belgian ale.

I dislike it less the more I drink.

First impression is that it is weird and unfamiliar.

It grows on me a bit.

Aftertaste lingers for a long time and isn’t pleasant. I want to down this quickly and move on to a better beer, but I’m only working my way through the glass slowly.

Light for a stout. So flat. Unpleasantly flat.

“This is a frustrating beer”.

I didn’t finish it. Instead I opened a refreshing Warsteiner, and my mood instantly improved.

An interesting experiment, but disappointing. I don’t like it, but I would be willing to try beers in this style again.

Deceptively strong though: I feel slightly intoxicated before finishing 2/3 of the can.

I wondered if maybe this was canned a long time ago, and that was why it was so underwhelming, but it was canned on September 1.

My opinion of Allagash has been shaken by the tastings I’ve had recently: on the one hand, their brews are adventurous; on the other, they don’t taste good.