Excited about this. Traveling across the American west this summer we have seen this brewery’s cans everywhere, tried them a few times. Recently learned that they are very well reviewed, and picked this up as we explore lagers.

I’ve enjoyed a whole pack of this already and this is our last can, so time to review. 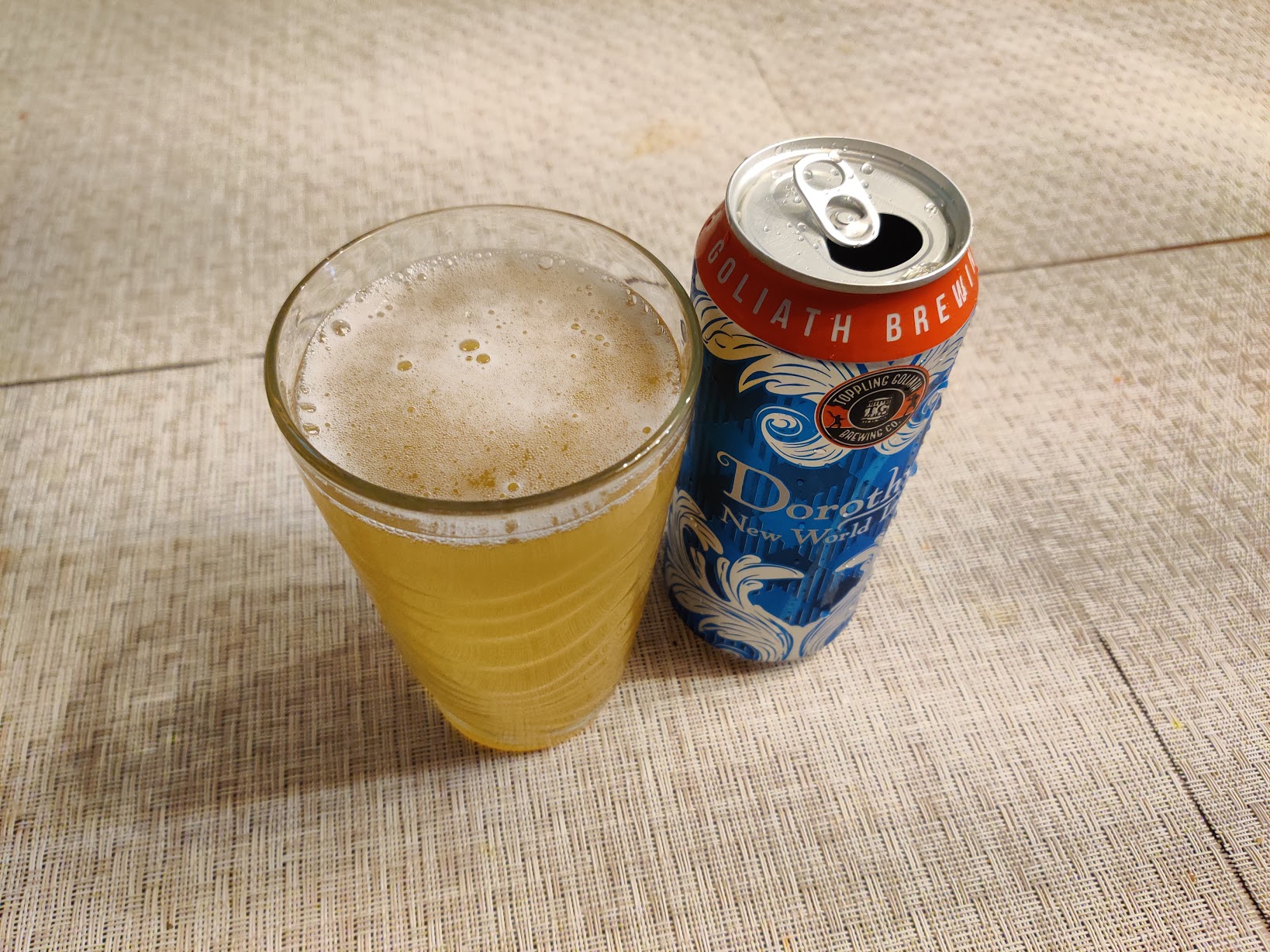 Aimee says “not pee”. I agree. It’s too cloudy for pee. It would be very unhealthy pee.

I’m pleased, because I so often don’t get a distinctly identifiable impression of non-beer flavors, but this smell hits me hard and vivid.

Layered, with different flavors coming out over several seconds.

The fruity initial wine and apple impression from the smell doesn’t carry over to the taste.

It tastes similar to other American hazy IPAs (though this is a lager), but a good example of it. Compared to the Firestone Mind Haze, which I drank today and thought was amazingly dull, this has sharp, provocative flavors, and makes me want to keep sipping at it to discover more.

This is amazingly complex for a lager.

It’s got a bit of funk to it though that lingers in the aftertaste. Earthy. Can’t quite describe it. Mushroomy? It’s not awful, but kind of betrays the refreshing initial flavor.

Oh, that funk I think reminds me a bit of a Budweiser or some other cheap American lager that I don’t often experience. That’s interesting and connects with the “new world lager” name.

So this is kind of like if Budweiser was really good, and made with modern American craft hopping techniques.

This drinks like an American hazy IPA, and an excellent example of one, but is a lager.

The most complex lager I’ve had, though I’m just starting to pay attention to lagers.

I’ve enjoyed a full case and will probably have more in the future.