I recently enjoyed a $40 case of their 120 Minute IPA, slowly, and every time I was away from it a craved it more.

Anyway, this is the little brother of the 120 Minute, with the 60 Minute being the baby of the family. 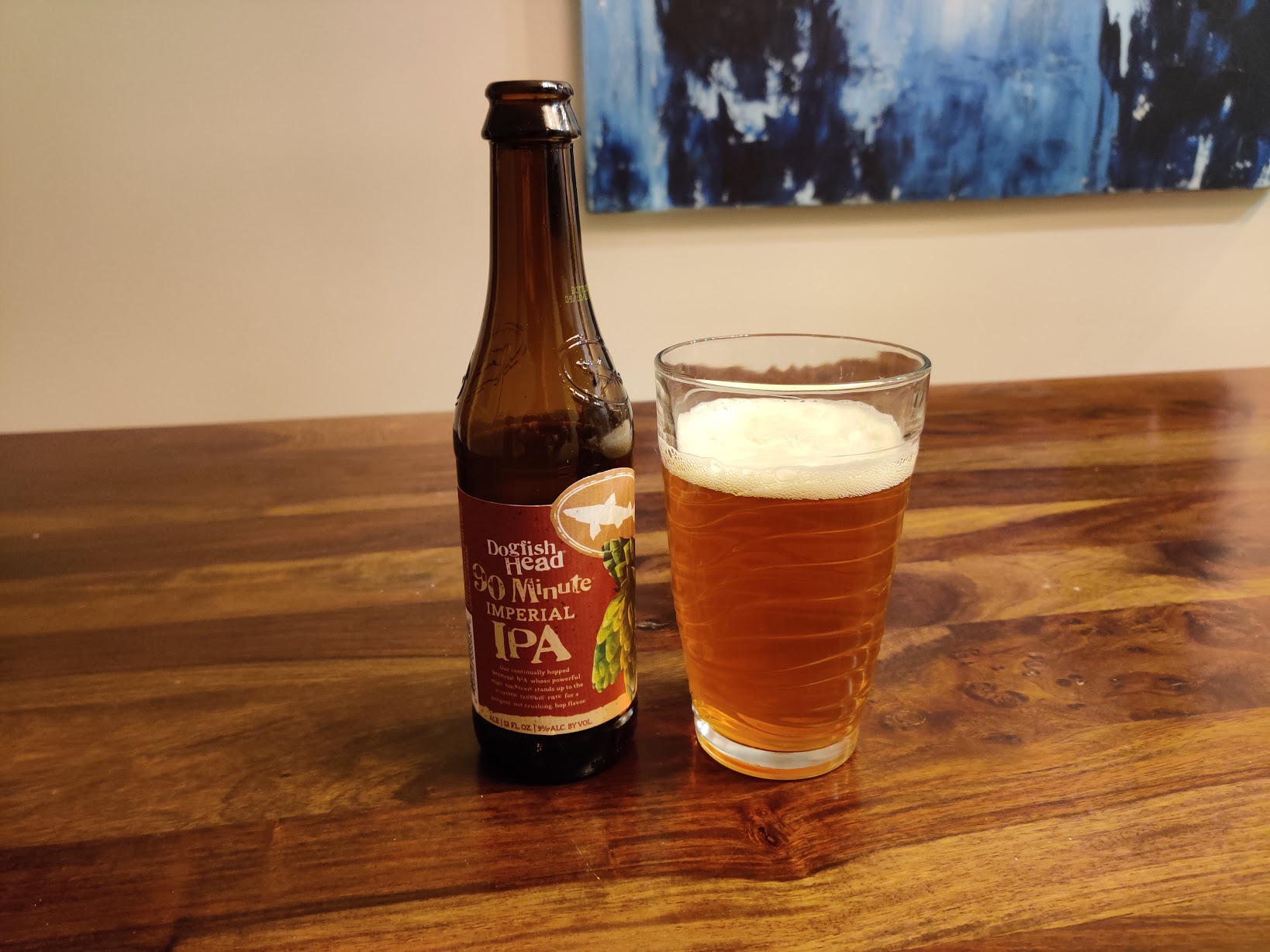 I failed to take note of the head while I was reminiscing about the 120 Minute IPA.

Amber and not cloudy, where the 120 Minute was cloudy.

Looks similar to Bell’s Two Hearted, which has been my go-to IPA recently.

After it has warmed to room temperature I can smell the alcohol with a bit of swirling.

Yummy. The first taste is complex, with flavors unfolding over a few seconds. I made sounds.

I don’t feel as enthusiastic about subsequent tastings as I did of the first sip: the complexity has abated as my mouth has become coated in bitter aftertaste.

I’m looking at a beer flavor wheel, and pick the word “round”.

It’s fine. I think the flavor profile is similar to Bell’s Two Hearted, but this is not as balanced and drinkable.

This is a strong beer. I feel it.