This is it: the event we’ve all (Aimee and I) been anticipating.

We’ve drank so many of these recently, and we love them both.

It’s time to put them head to head and figure out which is yummest. 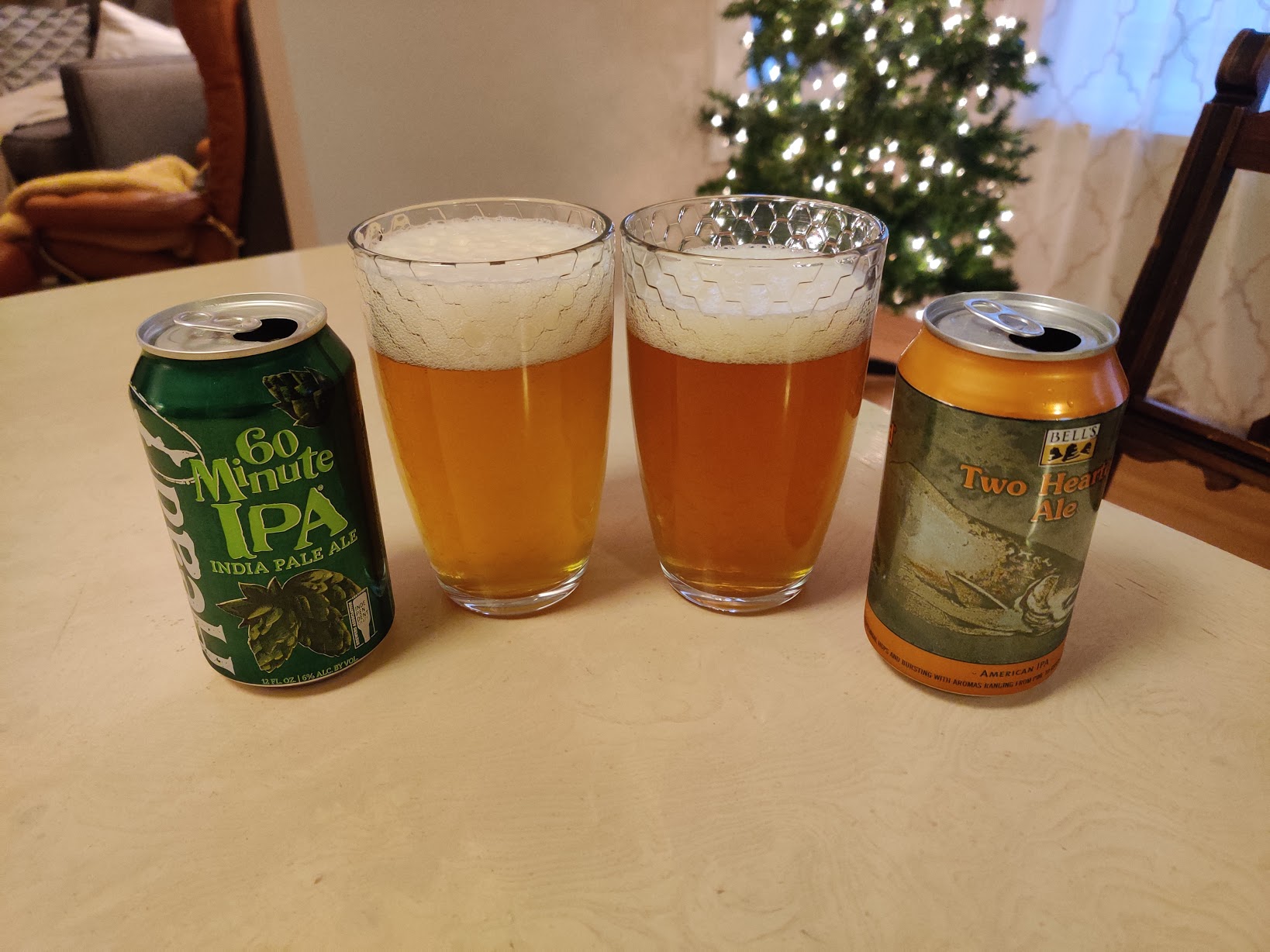 BTH is also surprisingly light. They are noticably different.

I think there’s a little more fruit in the BTH; Aimee says “grapes”.

Now after smelling them both my nose is just confused.

Can’t give them a great score because the smell is so weak.

After warming a while I smell a bit of honey on the 60M; Aimee disagrees, even after trying to mind-controller by saying “honey, honey, honey”, then handing her the glass.

First thing I note about the 60M is the bitterness. A bit of grapefruit- or pomelo-like combination of sweet and bitter.

I don’t have much to say about it: it’s simple, but clearly made with good hops.

We’ve had plenty of beers that were challenging and complex, but were disgusting. This is the opposite.

The thing that is so great about the BTH is that the hoppy bitterness is balanced with that sweetness.

With the 60 Minute I taste it and think, “yup, that’s an IPA”; but the Bell’s Two Hearted has got something more.

Both have a similarly smooth and round mouthfeel. Goes down easy, doesn’t stick around to regret a mouthful of syrup.

They are both great beers. The Two Hearted is a bit sweeter and fruitier, the 60 Minute slightly more bitter.

I don’t know, maybe I’d save her one or two of the BTH.