Fifty West Punch You In The Eye P A

Punch You in the Eye PA. Fifty West. Cincinnati, OH.

An imperial IPA. Imperial basically just means “more alcohol than usual”, and this is a high ABV beer.

Cincinnati has a booming brewery scene, mostly not distributed outside the region. Since we are in Cincy for a while, we intend to sample as many of them as we can.

This is the first time I’ve heard of this brewery. 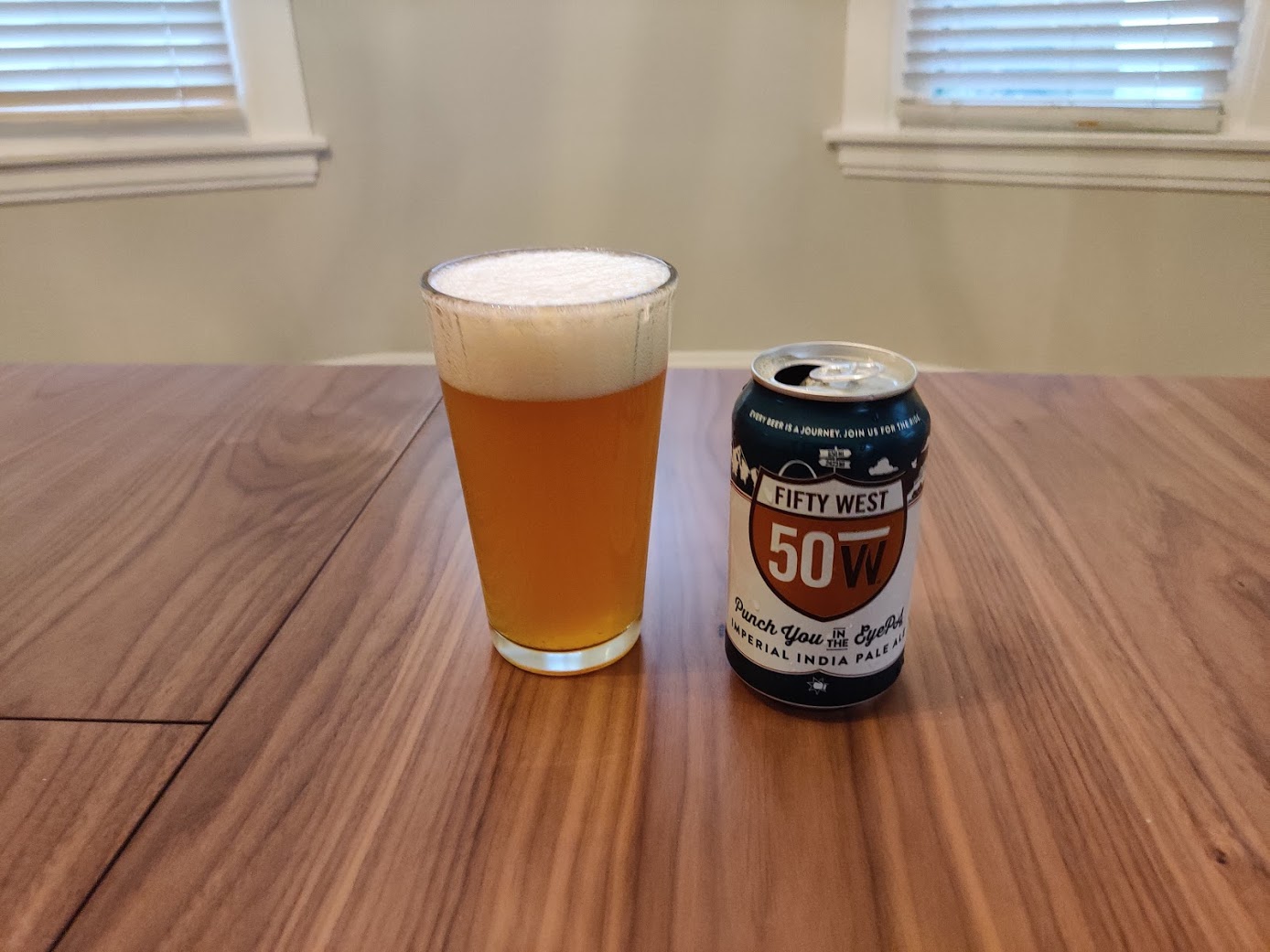 During the pour I mentioned the creamy head.

Looks good, similar to the Dogfish Head Hazy-O we had today.

This beer has sediment floating in it, slowly sinking to the bottom of the glass. I am guessing it is yeast, but don’t know enough about the brewing process to know.

Since the Hazy-O, I’m thinking about pineapple, and so I smell pineapple here.

The smell of this one is much more faint though, than the Hazy-O.

There’s something unique here that hits me immediately.

There’s a familiar flavor that’s not common, and I can’t identifiy it. I’m thinking some kind of candy, but not sure what kind, like a caramel.

I keep thinking about animals and stables and fish tanks. Something here is good-funky.

Aimee doesn’t taste a marina in this beer.

It’s complicated in a way similar to the Dogfish Head 120 Minute imperial IPA, where every time I walked by the refrigerator, knowing there was one in there, I wanted to pop one open and experience it. And every time, it was not quite satisfying, just mysterious and tantalizing.

The can claims it is “packed to the lid with tropical fruit notes”, and it definitely has the typical hazy IPA tropical fruit vibe, but not as strong as others. And as I mentioned before, the smell is quite mild.

This is maybe only the second “imperial” IPA I’ve had, and again it is a notable experience.

I’d love to compare this directly to the Dogfish Head 120 Minute.

I suspect it would not fare as well: every time I sip I am stunned at the unique but unidentifiably familiar flavor.

I don’t love it though.

This is not an everyday drinking beer, like the Hazy-O we had earlier, but it is a beer worth experiencing.