“Ale with apple, peach, and cranberry”.

This is from one of the most popular Cincinnati breweries. 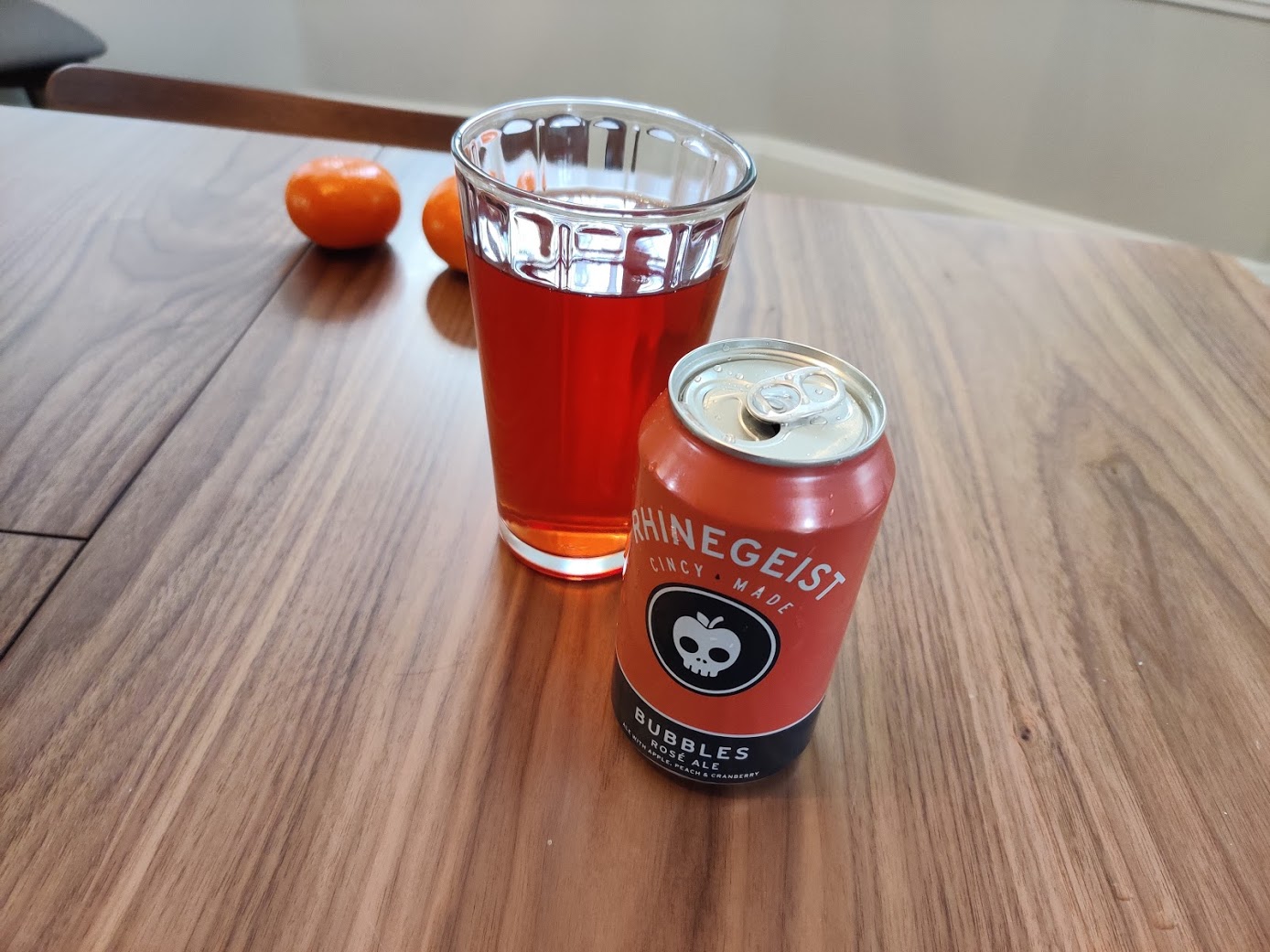 No head, even trying to pour aggressively.

Like yesterday, Aimee says “smells a little bit pee”. Why does she think all our beers smell like pee now?

She googles and finds the word “amonia”.

I think it just smells mildly like crappy juice.

It’s strongly sweet and sour, like juice, but tastes not as good as good juice.

It’s so sour it is hard to drink.

I hand the glass to Aimee for a second taste and she frowns and says, “I feel like life is hopeless”.

I can see an audience for this: someone who does not like beer, but likes juice.

It is such a strong flavor though. Hard to drink.

We don’t finish it.