Aimee is into pilsners lately, and I am certainly not going to turn down a refreshing brew. We’ve enjoyed this one a few times.

We haven’t been doing many tastings lately because we’ve been frustrated at our inability to pick out interesting “notes”. We have ordered an beer-tasting aroma kit though, so soon we will be able to train our noses better, and level up our tasting notes. 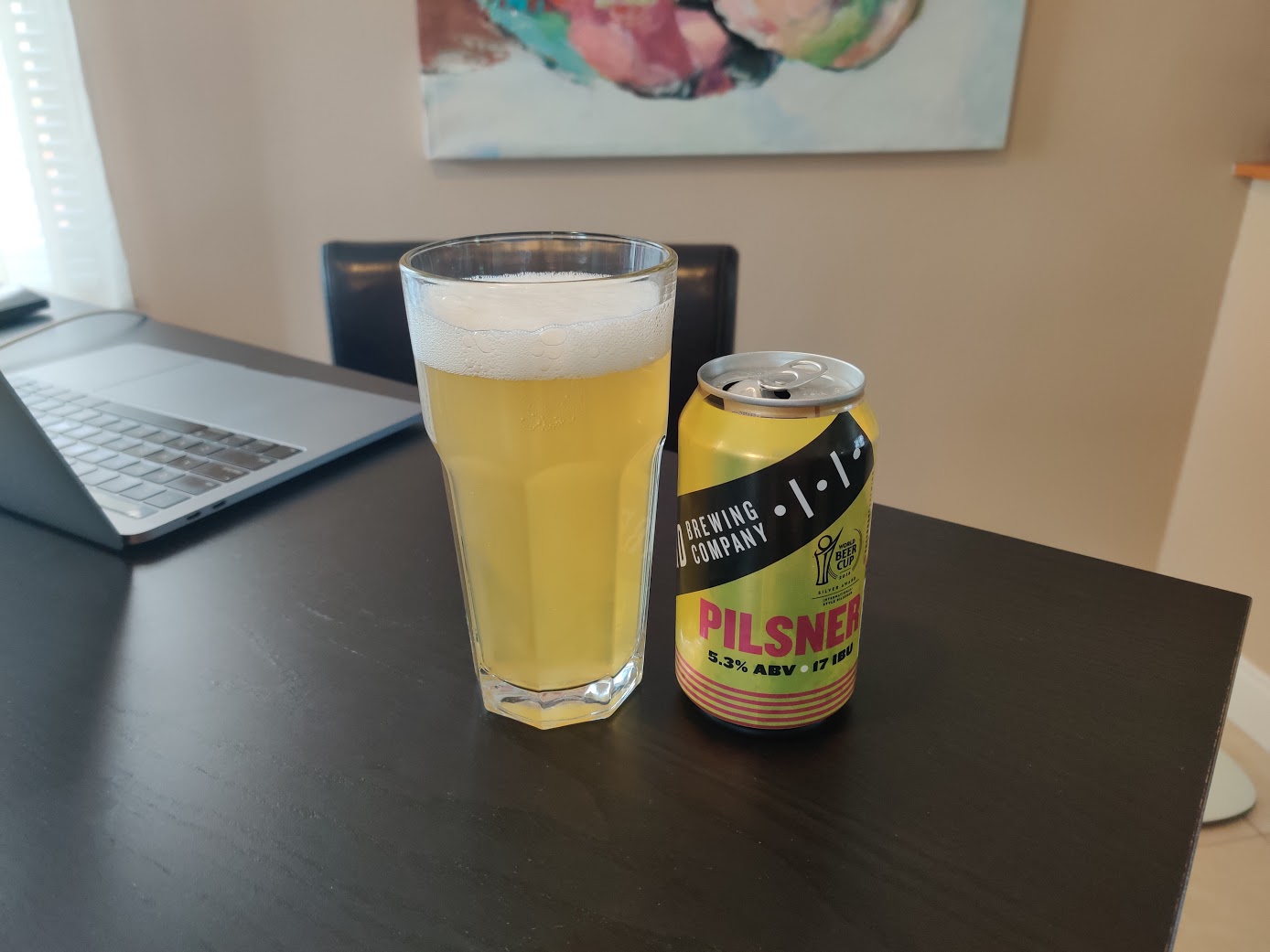 It’s hazy. Haven’t seen a hazy pilsner before. I love hazy beers, so +1 for that.

It’s a light gold color that is not actually that appealing though — it looks a lot like the hazy non-alcoholic hazy IPAs that we have been completely disgusted by, so -1 for that.

Hints of nothing. No smell.

How can I score that? Is no smell a good smell? At least it’s not a bad smell, right?

It kinda doesn’t have flavor either!

This is fascinating. We’ve drank most of a case of this, and have been reasonably happy with it, but when it comes down to describing it, there’s not much here.

It’s not offensive — there is nothing that tastes bad here.

Aimee: “It tastes a little bit bitter, but the bitter is hidden in the sweetness. It tastes good”.

I’m determined that we both pick out a single “note”.

I look at some of the hints on beerflavorwheel.com. I think this is in the “vegetal-cereal” zone, though also maybe the “surfury-acidic” zone.

I’m surprised that this was so hard to appreciate on close inspection, when it’s been a perfectly drinkable every-day beer.

There’s nothing really special about it, except the haziness in a pilsner.

It’s not as good as the Wiedemmer’s we had recently.