So I guess I have negative preconceptions.

Previously I have very much appreciated Untitled Art’s beers, and they contract out their beers too, and tehy are also a “concept” brewery.

The next thing I notice — still haven’t cracked the can open — is the can doesn’t say the ABV.

First time I’ve seen a beer can not say the ABV. 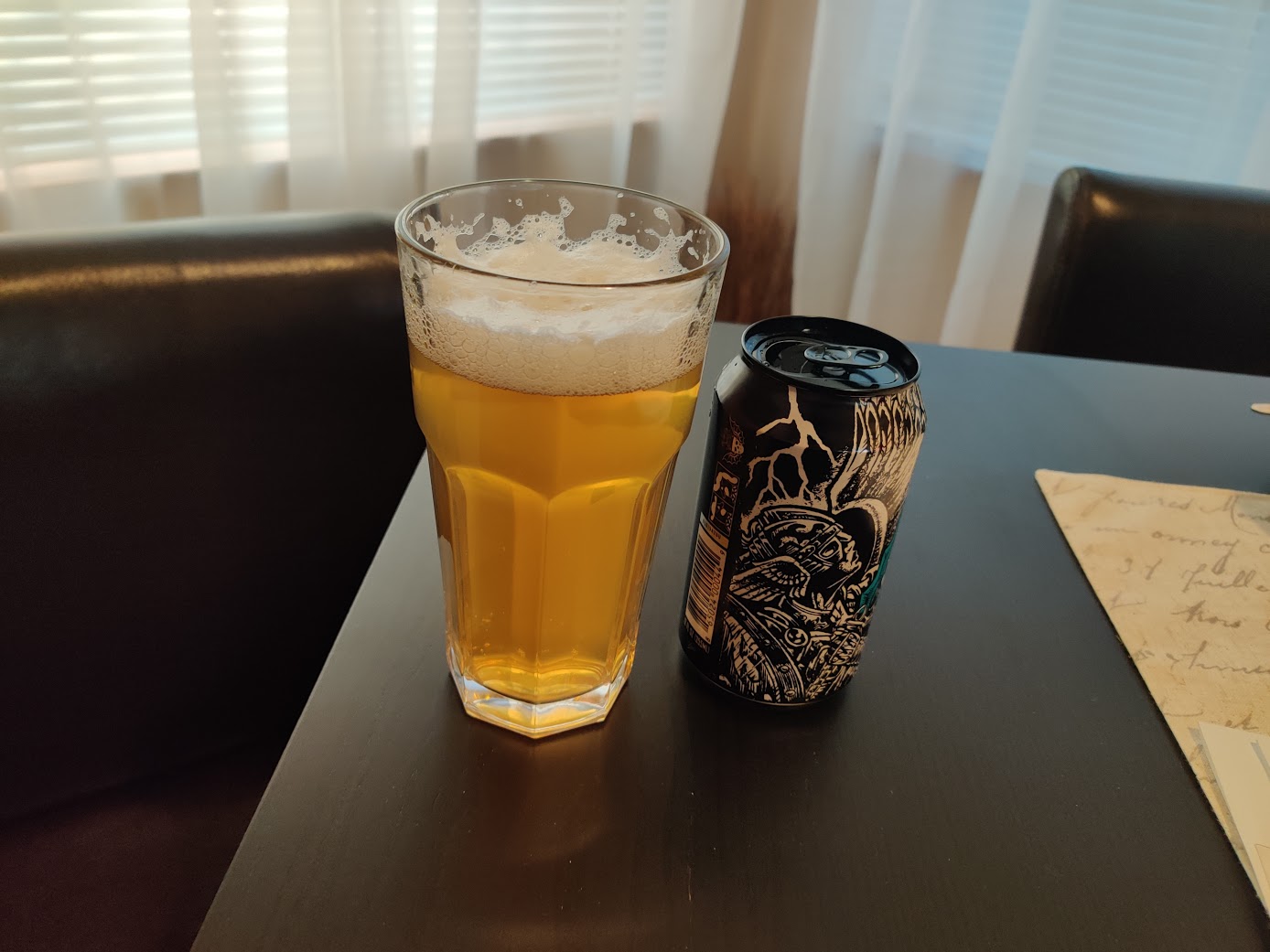 The can is strikingly badass, like painfully, try-hard badass.

Aimee says “oh, sweet. Smells like yòuzi”, but she has just prior eaten some yòuzi, and her hands are yòuzi-y, and her tastebuds are tainted.

I too have just eated some yòuzi and my tastebuds are compromised as well.

Fruity. Now with clean hands, Aimee says “melon: cantaloupe”. And yeah, she said it like it contained a colon, as written.

We google melons and she is undecided about whether what she smelled (3 minutes ago now) is more like cantaloupe or honey dew melon. We find out that what she really meant is “hami melon”, which is commonly available and China and I haven’t heard of before.

I think there’s something citrusy here: pineapple? Something mild, no: it’s one of those tiny little oranges that you peel open real quick with your hands and gobble up. Mild citrus. And something melony, maybe mangoey (though: I do happen to have a plate of cut mangoes sitting next to me).

Aimee: “you can taste the honey”.

I try to tatse the honey. I really do.

It’s a more bitter beer than I expected.

We realize we don’t have any sense of what pale ale is, besides what’s in the name.

This beer is fine. I will never drink it again. And I will not remember it by this time next week.