Today we’re doing a different exercise — we’re going to have some smell practice.

On many occassions when we taste beer we find ourselves frustrated with our inability to pick out tasting “notes” — you know, when someone says “I get a hint of grass on the nose”, or something like that.

Mostly I just taste malt, and hops; and if a beer is a stout, maybe chocolate, or coffee; and if it’s a good IPA maybe some varieties of citrus.

Sometimes I’ll just reach for something and make up something imaginative to have something interesting to say. 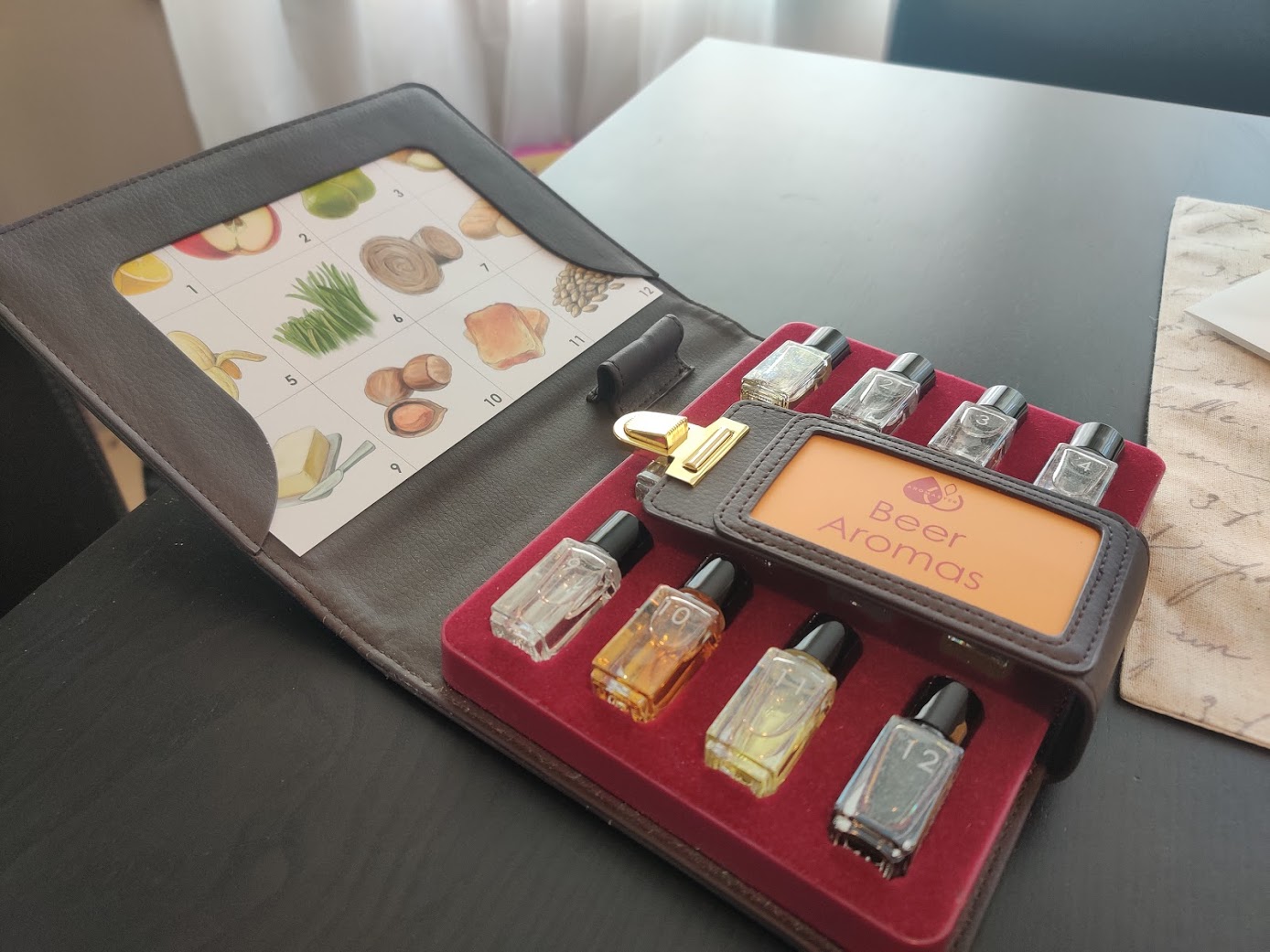 It’s got twelve bottles of essential oils or something, smells that you might expect in beers.

Let’s stick our nose in four of them and see what we experience!

It’s lemon. I feel confident I can pick out lemon flavor. We use lemons most every day in cooking.

I feel silly about this exercise and wonder if I could pick out this flavor while sipping a beer.

I decide now is an opportunity to really embed this flavor in my brain.

I say “pear” before opening this one and sticking it under Aimee’s face.

This time while I am chanting pears, I look at the card that accompanies the kit, with pictures of every aroma. I visualize “pear”, I say “pear”.

Aimee approaches with a bag of open coffee beans and says, “you want to clean your nose?”

I know she is asking if I want to stick my nose in the bag of coffee, as if that will cleanse my palate, and I am doubtful.

I stick my nose in the bag of coffee and inhale deeply.

I love the smell of roasted coffee beans.

I don’t know what kind of melon is in the picture. Honeydew?

It’s a rounder scent, doesn’t suggest acid like the lemon or pear.

Aimee is distracted with her laptop, a final-generation Intel MacBook that she has been supremely disappointed. Presently the mouse cursor is stuck.

I am somewhat dismayed at the collection of scents here, as I think I know these well. Though I might not think of “melon” while drinking beer, so having these primed in my brain seems like a worthwhile exercise.

Now to taste a beer.