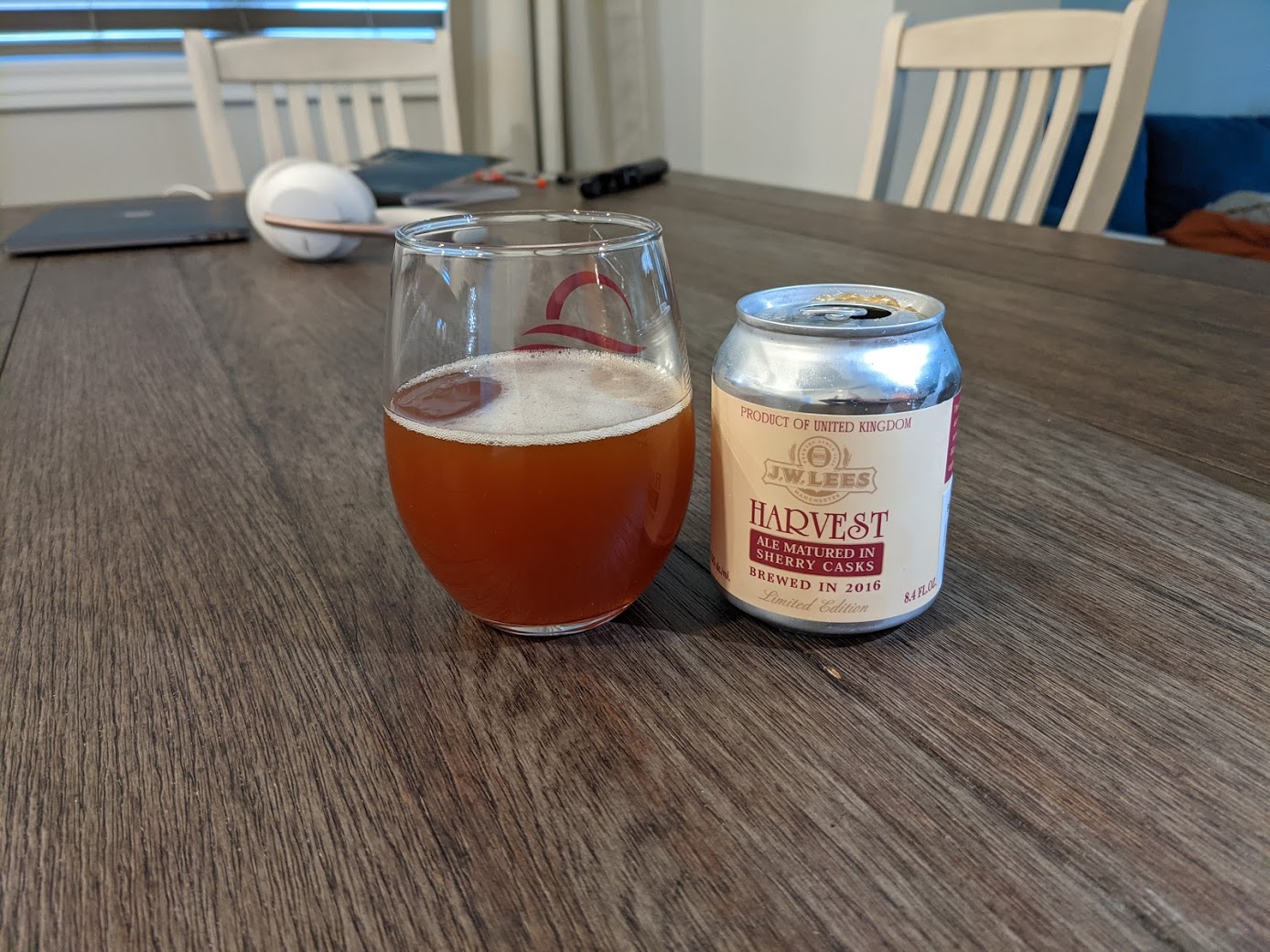 I said “oh, wow” on the pour. It looks thick and rich. Caramel. Or apple cider. Minimal head that dissipates quickly.

I can smell it from a foot away.

But there’s something more complex and dark too. I don’t know. Smells great.

This is tough. The flavor is complex.

Still taste apple cider, yes, but what else?

Sourness. The bitterness is mild, mostly in the aftertaste.

I break out the cinnamon, nutmeg, cloves, and vanilla to compare.

Not so much cinnamon, but cloves, yes, some nutmeg maybe.

Some acidity. Citrus? Not really.

Aimee realizes it tastes something like vermouth, and I agree a lot.

Pleasantly unique experience. It’s special. I haven’t been so happy to review a beer in a while.