Madtree is a major Cincy brewery. This is the third Madtree we’ve reviewed in Cincy. Weren’t impressed with the other two. 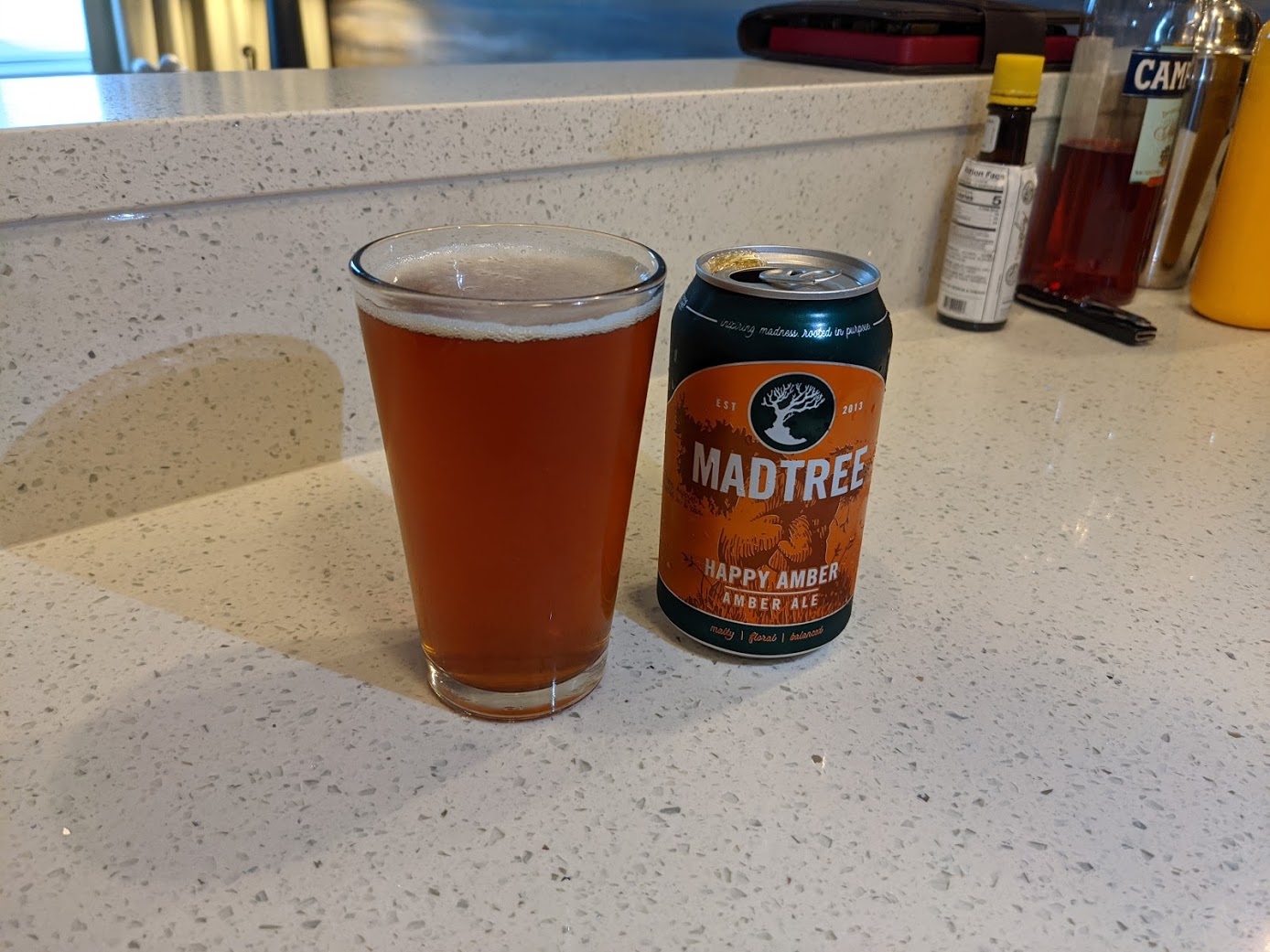 It is amber. Can’t see through it. There was a head, but minimal. What remains of it looks kinda like a petri dish, or a crater-impacted planetary surface.

Smelling the poured glass I only get a slight caramel. The can though smells hoppy. So interesting — the can has much more aroma.

I get a bit of dried apricot from the can. Fruit only revealed itself after airating a bit.

I accidentally inhale some beer by putting my nose too close. I have done that too many times. I get notes of teriyaki.

This beer smells different when it comes in direct contact with the inside of my nose. Another interesting observation.

I rate this highly perhaps only because it’s a different aroma than I have experienced recently, and it insipred some observations.

This is balanced. I was anticipating a lot of malt expression, and I get the malt, but it’s also bitter.

We recently had an Andechs dopplebock that was super malty, and I did not like much, and that primed me for not enjoying a malty amber beer.

This is not though all that malty.

I have been thinking of amber-colored, malt-oriented beers as boring lately, and this changes that perception a bit.

Not that this is super-exciting, but it’s in the zone of beers I am happy to drink.

This renews my interest in amber beers that lean toward malty flavors. I want to try some more amber ales now.