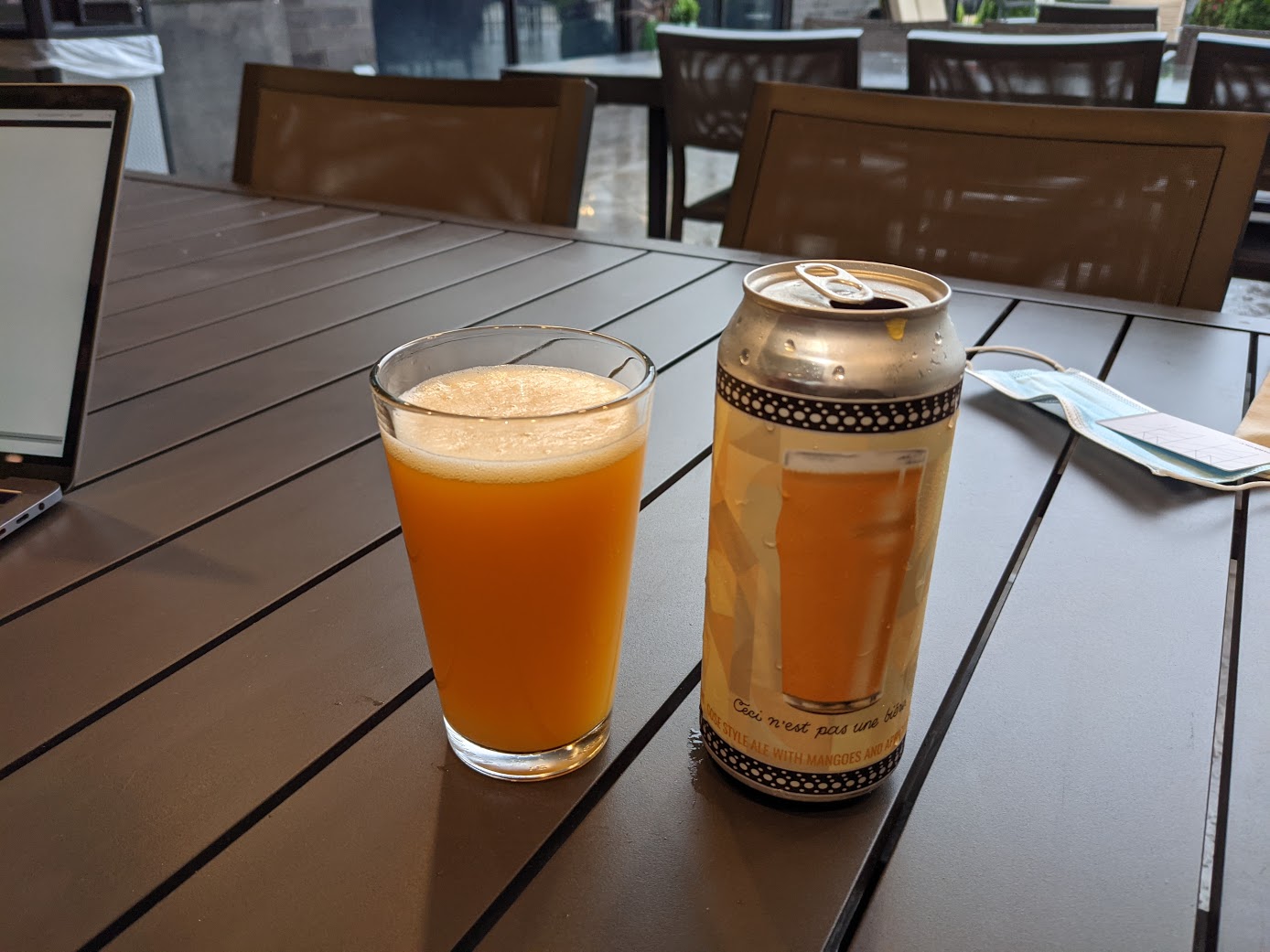 Let’s see how it affects the taste.

It is sour juice.

I can’t help but think this type of thing would be better to start with a can of gose, and mix it with fresh juice, instead of having the juice sitting in the can.

It is not very beer-like.

It does taste relatively good.

Thick. A sediment remains on the walls of the glass.

I can see this being enjoyed by somebody who doesn’t love the taste of beer, but that person I don’t think would be likely to find this beer at all.

It’s so thick though that you can’t drink a lot of it.

It’s ok for what it is, but I’ve had juiced beers that I liked better.