Another Colorado brewery, this one recommended to me on Twitter. Picked this up at the local Whole Foods.

Don’t think I’ve ever had a barrel aged sour ale. 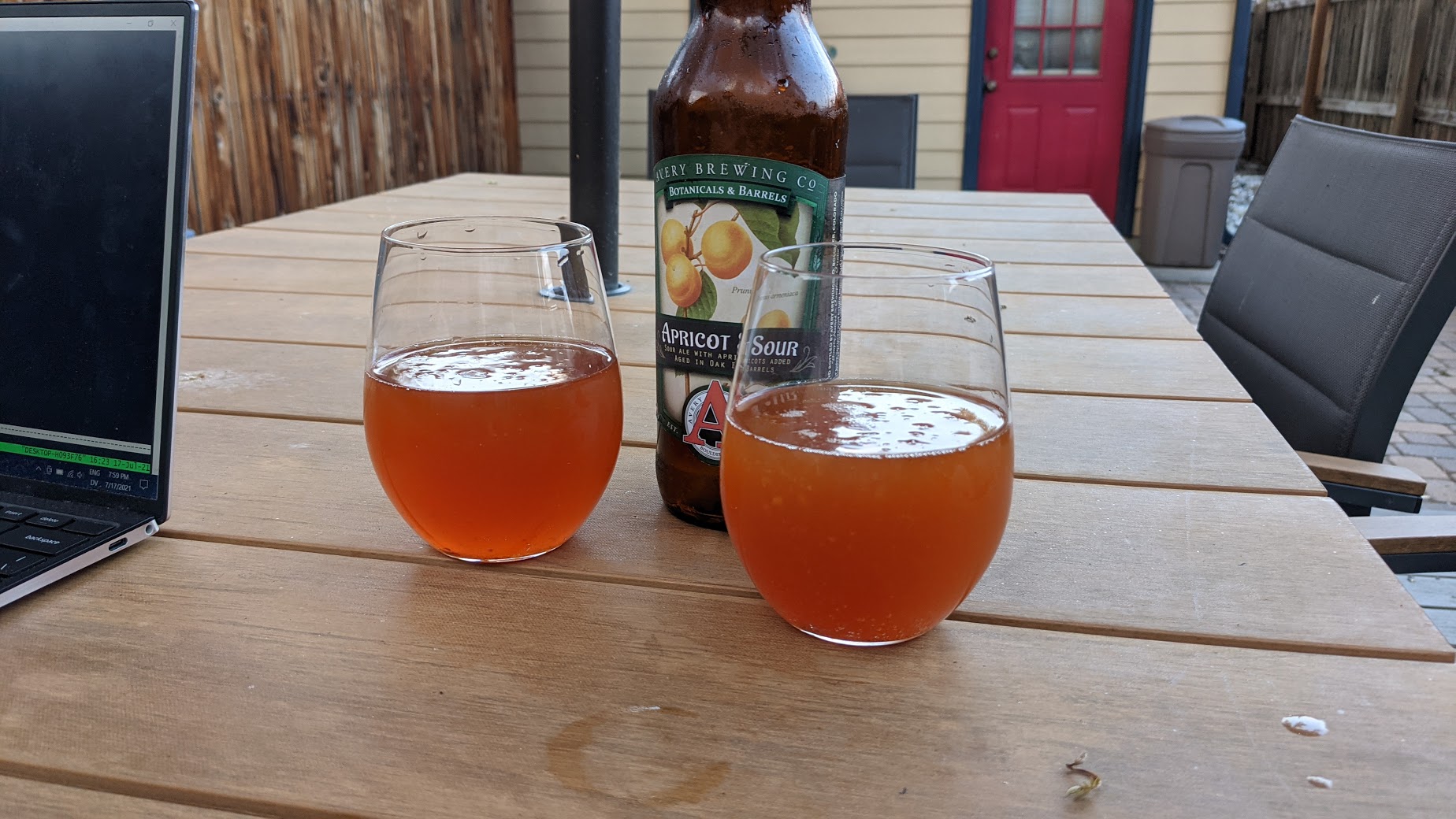 There are some huge pieces of sediment at the bottom of the glass, which does not look appetizing. Maybe I should not have poured the whole bottle.

I can smell the sour from across the table.

Yup it tastes like a sour ale. The apricot doesn’t really come through. The barrel aging doesn’t speak here either. Totally dominated by the sourness from the yeasts.

It does though bring to mind another aged sour beer we experienced, though that was a much worse beer. It shares a muted, earthy, muddy quality, as opposed to being bright, crisp, refreshing. Could be an effect of barrel aging.

It’s not great fun to drink.

I wikipediad saccharomyces yeast, brettanomyces yeast, lactobacillus bacteria, and pediococcus bacteria. Saccharomyces is the yeast broadly used in beermaking, the others are typically undesirable in most brews, but sometimes used in both winemaking and beermaking. It’s a few Belgian beer styles that use them the most, including lambics and saisons.

It must be challenging to control all these living things in a way that produces a palatable product, so that’s some potential basis for appreciating sour ales, even when they are not so pleasant to drink.