Described as all of “bière ambrée”, “bière de Mars”, and “saison-like”.

After several frustrated attempts to find a good dinner on Broadway last night, we ended up at Banded Oak, where the bartender was immediately friendly.

We tried several of the beers there, and met a man sitting at the bar, named Mick, who was an beer expert. We encouraged him to talk for around 50 minutes about the beers on tap, the brewery, and beer in general.

We were happy with that since one of our goals in Denver is to meet people.

According to Mick this brewery is run by someone formerly from Great Divide Brewing, a major regional brewery that we have enjoyed, and that explains why their beers are so good.

We took away a crowler of this beer without tasting it. All the beers we had last night were good, so we have high expectations. 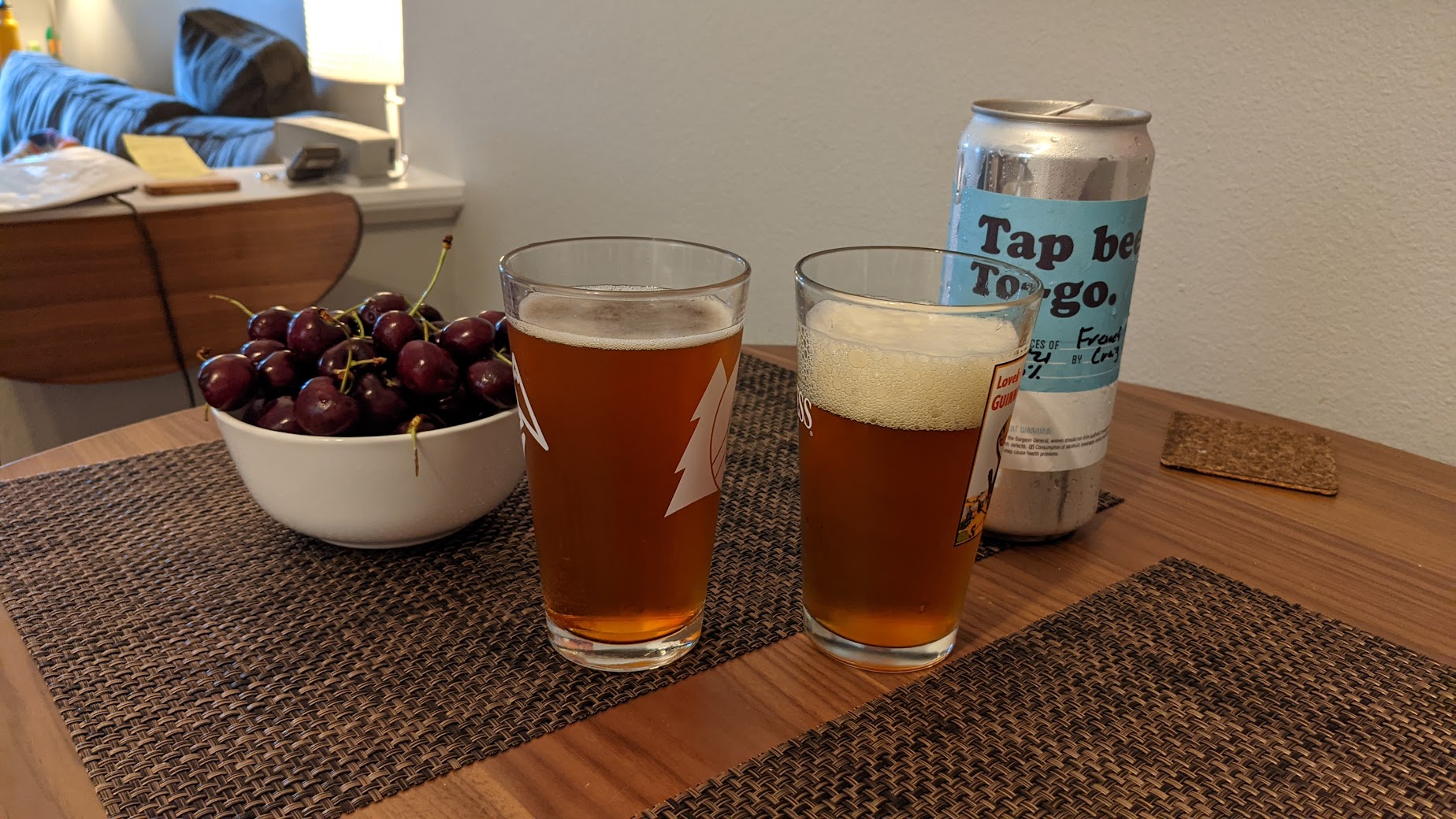 I am staring at a bowl of cherries, so am trying not to be influenced into saying “cherry”.

The aroma is simple and mild. Perhaps some wet straw.

The taste comes in phases. At first it tastes clean and chuggable, then a wave of alcohol hits me, kind of like a strong Belgian ale, then a vegetal aftertaste.

All the beers we had from this brewery had a slightly vegetal hop flavor. I usually don’t like vegetal flavors in beer, but in these its subtle, so I don’t mind as much.

“Bière de Mars” isn’t a style I had heard of, and Mick described this to me as a Belgian style, but not “saison-like”, as said in the brewery’s own description.

And I agree it isn’t saison-like at all.

It’s a fine and good beer though.